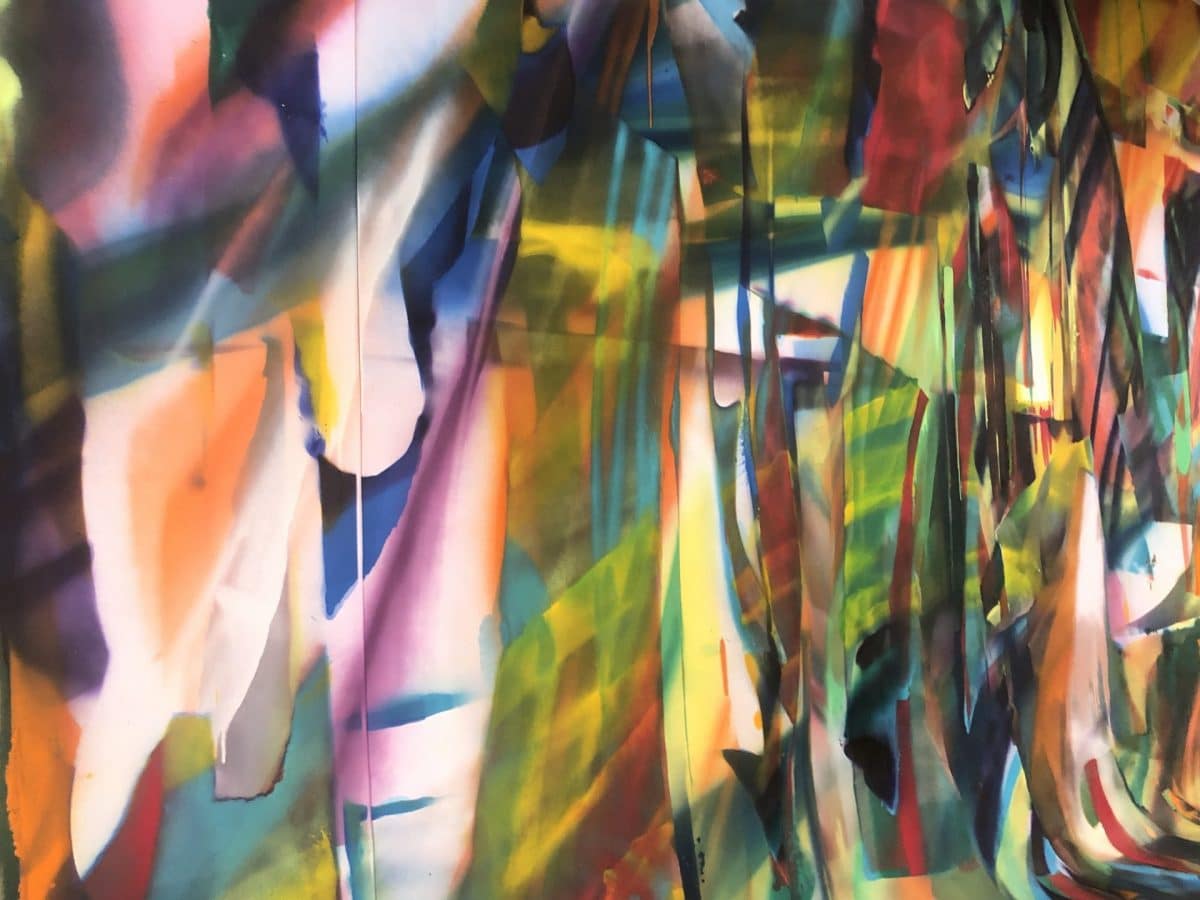 I finally have had a chance to see some artwork back here in Boston, rather than in Miami. Here’s a look at a two-piece exhibition on view at the Museum of Fine Arts in Boston through February 23rd 2020.

Pollock’s work was commissioned by none other than Peggy Gugenheim, and while predating his famous drip paintings, it does offer small hints of what will come.

Below, one can see a few examples of the drips and splatters that would make up the works for which Pollock is best known. Per the MFA, these nascent elements actually appeared for the first time in this piece.

Katharina Grosse’s monumental Mural stands free from the wall, which means that, in fact, neither her “mural” nor Pollock’s is actually permanently attached to the wall as one traditionally expects a mural to be.

The three panels cascade from the ceiling and onto the floor in a riot of color and geometric shapes.

The layers of color echo Pollock’s work, as do the small splashes of paint amongst more intentional markings. The bright hues and expansive size of Grosse’s work make it impressive to behold.

The two works, one by Pollock and one by Grosse, together in the same room creates an opportunity to contemplate each for their own merits and in reference to the other; spending longer with each than one might have otherwise were there more to see.

Check it out if you find yourself at the MFA on or before the 23rd.