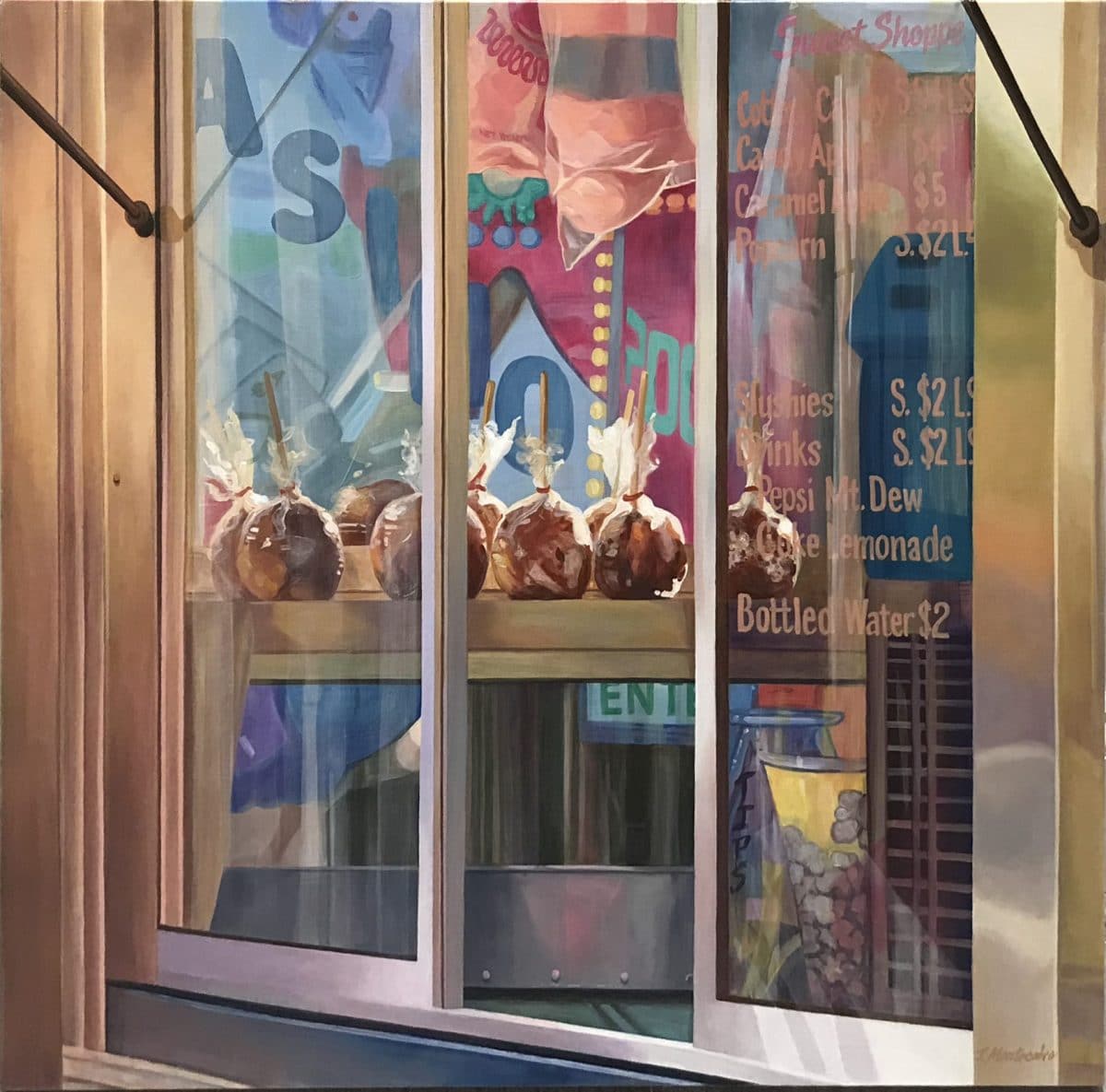 I was lucky enough to be chosen as this year’s juror for the HCA’s “Art in Bloom” show, on view now through July 18th. The show was an absolute delight to curate. With over 180 submissions to choose from, there was so much beautiful work that it was incredibly hard to select the final 40 or so that went on the walls.

Each winning piece also has a floral arrangement created for it, creating a unique interaction between the organic artwork of Mother Nature (selected and shaped by the human hand) and the artwork that springs directly from the human mind, potentially including natural elements, or not.

Here are some photos of the well-attended event and the gallery walls!

In my letter to the artists I spoke a bit about my methodology in selecting work:

Whenever I jury a show, I look for a couple of specific things: originality, mastery of medium, message, and how a piece may fit into the arc of the show/theme.

Often when curating and hanging a show I look for how pieces interact with each other: for resonances, for a particularly interesting example of a “type” of work, or for something unique that brings an added dimension to the show.

I also had the opportunity to write about each of the pieces that I selected for an award. In fact, writing for the shows I jury is actually how I originally realized how much I enjoy writing about art!

As such, I thought that I would share the pieces that I selected as the winners of the show, as well as what I wrote about each, for your enjoyment. And, if you live in the Boston area, go and see them in person!

Here’s a link to the HCA for information on hours and location.

And now… onto the artwork!

Honorable Mentions (in no particular order)

Chelsea Bradway’s “Creativity is Contagious” is a fun photograph in a series that deserved to be recognized for its attempt to merge multiple media. This piece in particular stood out. The child stands before a colorful piece of artwork filled with abstractions of body parts. Some of the most recognizable are feet and hands: and on the girl, we see her fingers stretched out, echoing the stretched fingers in the canvas. As she is (one assumes) going to be inspired in her dance by this piece of artwork, she wears pointe shoes, hence we cannot see the toes so evident in the painting. The pale pink of her shoes and skin as well as the purple of her dress and her chestnut hair echo the tones found in the painting, where added warm tones such as yellow and orange make it stand out against the wall. The figures are in constant movement, and the child seems at rest in first position, ready to be inspired to move in a graceful echo of what she sees on the wall.

A form of impressionism taken to the extreme, Anita Helen Cohen’s “Sacred Spot” is a unique take on a landscape. One can make out a gnarled tree, vegetation, perhaps a rock wall and a sunset. Yet from there the painting takes on an almost abstract quality. We have only the merest suggestions of many of these forms, our mind fills in the blanks for us. The middle of the piece is an empty area of pale green. Is it a field? A hill? To each viewer, the actual “Sacred Spot” may different and this painting both creates an image and leaves space for imagination.

Karen Laude’s mixed-media “Pupa” series are a sprightly group of (one assumes) immature creatures created from found objects. Straddling the lines between human and insect-like forms, they invite the viewer to gaze into their many eyes, and to give them anthropomorphic qualities. For instance – does “#643” have wings or arms? Are those tiny human legs wearing pants? Are those antennae on the head or hair? Questions such as these allow the viewer to engage with Laude’s clever works on many levels and lead to a rich experience with a piece of art. Well done!

A mixed media piece, “Animal Instincts” gives the viewer a fascinating experience as they try to parse out what they are seeing. As one gets in close to examine the piece one sees, amongst other images: a flower with teeth and wings, a bird with the wing of a butterfly, and a hermit crab positioned precipitously on a poppy. The flora and fauna together with the range of scarlet to burgundy hues work together in harmony: there is a lighthearted atmosphere in a piece that could, with its undertone of surrealism, end up feeling foreboding. Instead, the viewer is destabilized by a piece of artwork that seems both whimsical and ingenious. We have entered a wonderland filled with chimera-esque creatures and one can only marvel at their uniqueness.

Janet Montecalvo’s “An Apple a Day” is a luminous representation of a store window, possibly in a leisure location such as Atlantic City. This multi-layered image draws the viewer in: we have a strongly colored background as seen through multiple panes of glass. The image is also expertly divided up into approximately three equal panels (the panes of glass, with the doors on either side), with strong framing to the left and right. Textured reflections and shadows such as the smooth glass, the bright reflective metal, and the crinkled plastic on the candied apples all speak to the high level of detail this painting demanded. Overall, this compelling work manages to be both beautiful and technically skilled.

“Old Things New” by Rosie Finn is a playful take on a floral sculpture. She takes what one imagines is a cast-off high heel and gives it new life and vibrancy. Every part of the shoe-sculpture is meticulously covered with green leaves, giving a base over which Finn adds her blooms, and demonstrating the levels of detail and attention she has given to her work. Color and species selection, with brighter blossoms towards the front and back, also give a dynamic feel to the piece, as does the detail of moss, a tiny bloom and the tendril of a fern added to the bottom of the heel. This piece demands the viewers attention with both its beauty and execution.