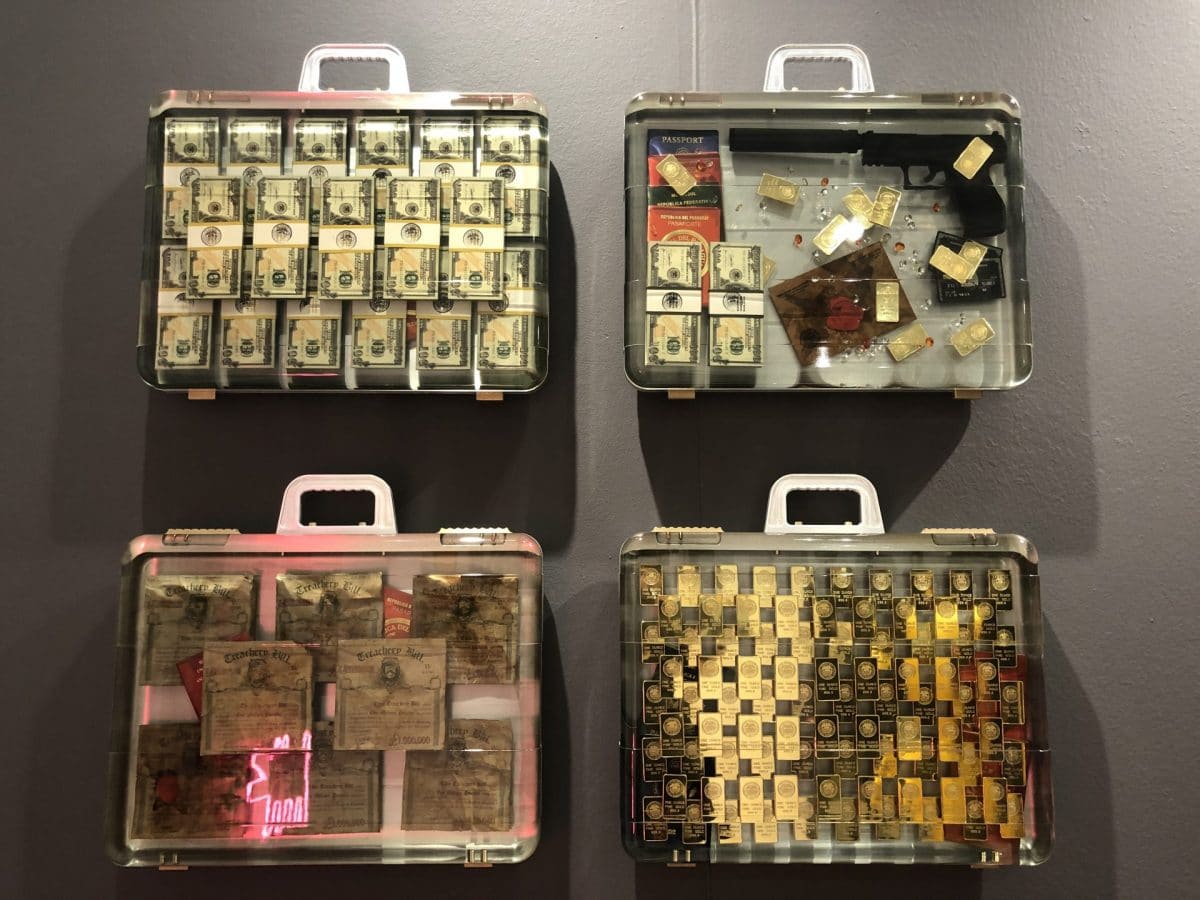 The opening of Art Miami and Context Tuesday evening marked the true start (along with Art Basel’s Meridians opening) of Miami’s Art Week. As such, this was my first real opportunity to see artwork outside of glimpses during installation of Aqua. Here’s a brief overview of a few visible trends.

Overall it seemed as those many of the galleries at both Context and Art Miami are seeking similar collectors and thus are showing comparable artwork. It felt as though diversity was lacking.

While certainly there always exceptions, it was hard not to see patterns from booth to booth. Superman, Snoopy, Micky Mouse and pharmaceutically themed artwork made frequent appearances at Context, Art Miami, as well as my preview of Spectrum and Red Dot.

However, more than any one trademarked character or particular concept, there is a specific medium seeping into many corners of art world. Like a slow-moving tsunami, resin and acrylic are becoming more and more prevalent in artwork.

As I noticed at the Affordable Art Fair NYC, shiny art seems to sell well. A brief Google search showed that scientists hypothesize humans have an innate love of shiny and glossy things due to a subconscious drive to find water. Hence, any glossy medium, one could argue, will attract the eye. In addition, resin and acrylics also allow artists to implement unique ideas not otherwise possible.

While the Affordable Art Fair in New York showcased many two-dimensional resin works as well as works on metal, Miami’s art fairs have taken it to new levels with not only resined paintings but also an increasing number of shiny sculptural works.

Before we get into the works at Context and Art Miami, it’s important that I note Beacon Gallery’s show Of Two Places contained an entire series of resined artworks. These were Caron Tabb’s Married Objects: household items united together by this medium. So, take this commentary with a grain of salt.

Bel’s work is by far the most worthy of the medium of acrylic/lucite/resin, as it seeks to suspend items mid-destruction or decomposition in a transparent medium. Acrylic allows for the execution of these concepts.

These blocks are acrylic sculptures and also represent part of an overall trend towards works composed of parts of a whole.

What follows are more examples, all of a similar ilk – works made of superimposed pieces of glass or acrylic, that are divided into pieces.

Fred Allard has created clear acrylic bags and perfume bottles filled with relics of conspicuous consumption entombed inside. Their perfection is impressive, suggesting a mastery of the form. They shine like jewels, and feels as if they have entered into a boutique rather than an art fair.

The three-dimensional piece above is an acrylic sculpture at the center, but is filled with water and moving pieces, rather than static items – which adds a bit of dynamism.

The Vandal Gummy series takes the resin concept and reshapes it for a favorite childhood treat. These playful pieces not your average dummies, though – they are vandals. Sweet gone sour it seems…

Art Basel offered noticeably fewer samples of artwork cast in resin – yet White Cube got on the bandwagon with “Day Coffin Wednesday (rose)” by Kaarl Upson.

And one final piece from Art Basel…