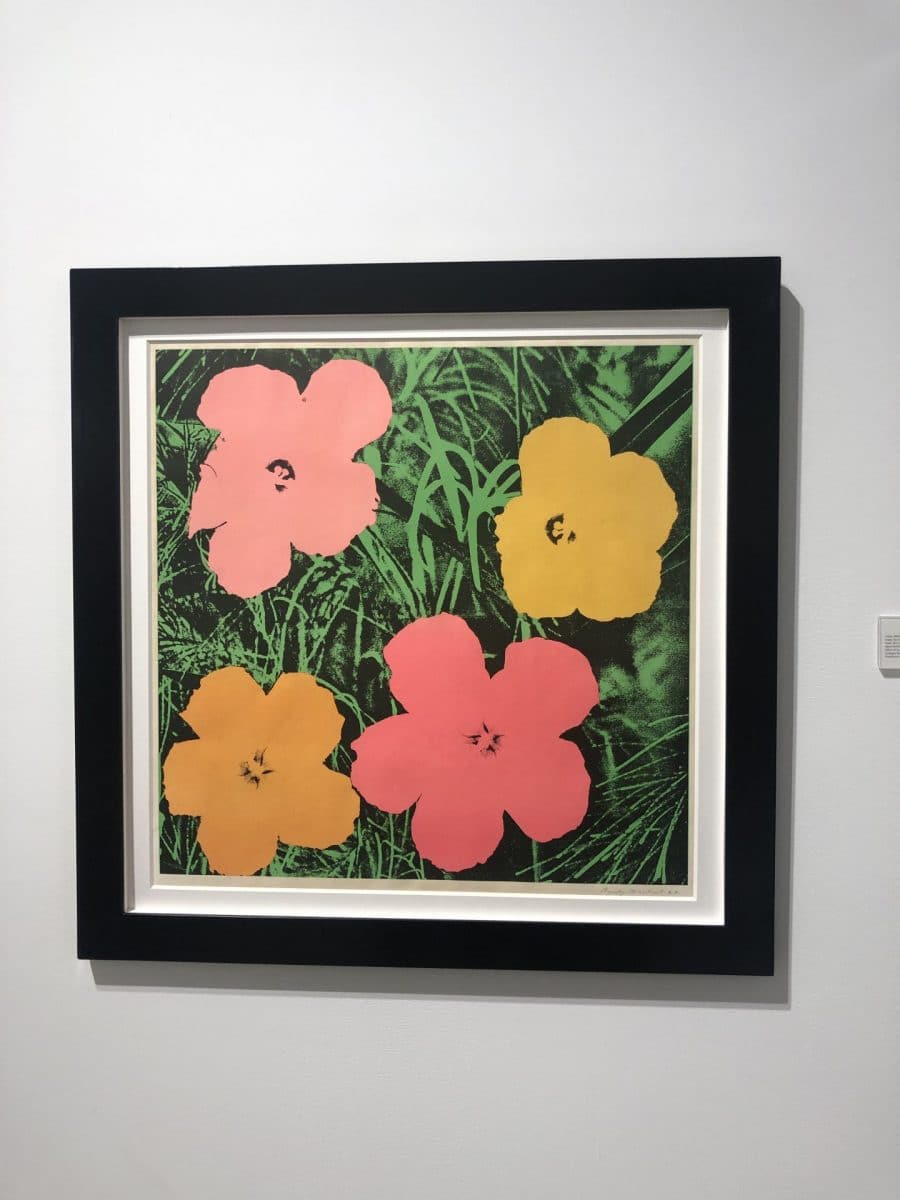 Andy Warhol’s work continues to influence and dominate the art fair world in ways beyond another other modern artist… Usually one expects to see versions of his celebrity portraits, and certainly, those were visible, but the portraits of Warhol’s flowers were an additional surprise – cropping up all over.

I found two originals, one on canvas, one on vellum during my wanderings through three of the main art fairs: Art Basel, Context and Art Miami. Had I more time, I certainly would have found more of both the originals (most likely) and takeoffs (for sure)

For reference, here is what Warhol “himself” (or his factory) created – four oversaturated flowers surrounded by green grass.

The piece above is suspiciously bright for its age, but I did no due diligence regarding its provenance so cannot make any claims.

Pettibone is one of the original mimics of popular artwork from the mid-20th century. Here we find his mini flower pieces at Art Basel with Galerie Mitterand.

Pettibone chose to recreate the work of leading avant-garde artists whose careers were often centered on themes of replication themselves, further lending irony to his work.

Above, the most “meta” of all the homage pieces. I like how obviously “ripped off” it is, and only a year after Warhol. Shows vision.

The “Homage to” / “Inspired By” Warhol’s Flowers