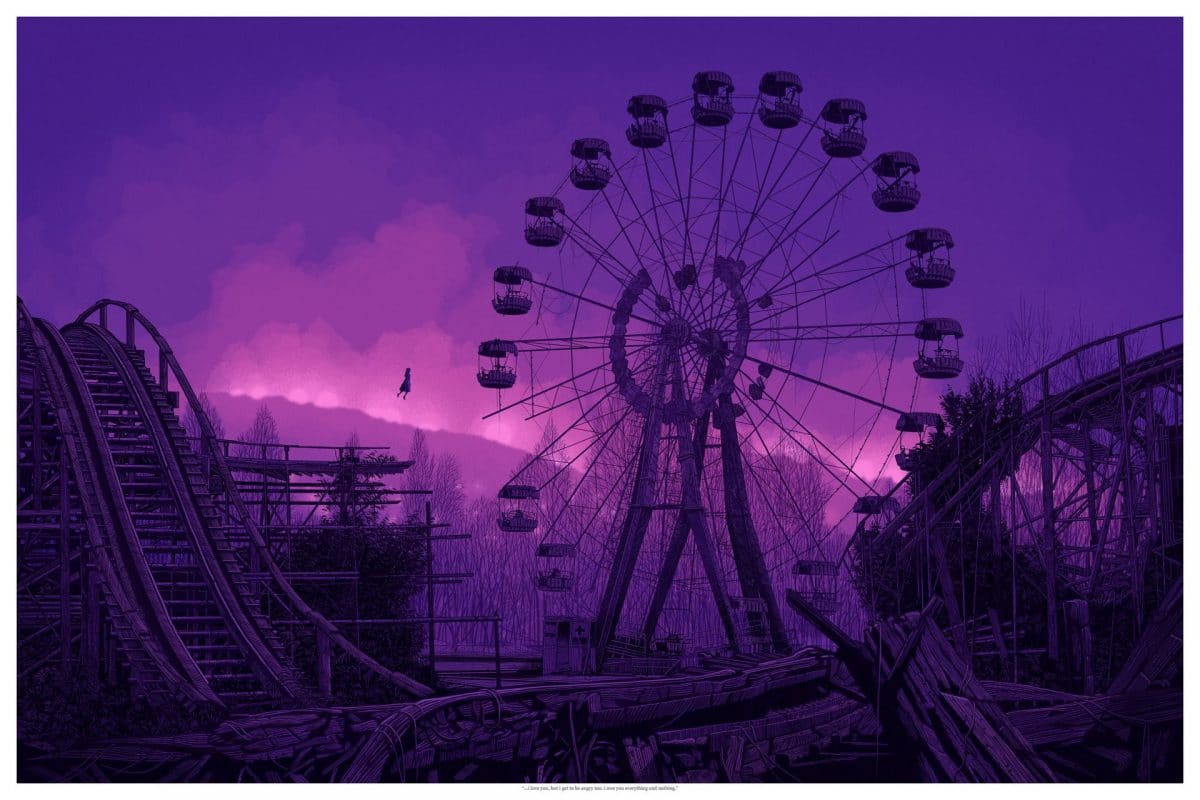 The Sprinkler Factory has been a gallery in Worcester, MA since 2014. It exists in what used to be an actual sprinkler factory, manufacturing sprinkler heads.

This amazing, 6000 square foot space, with tons of clerestory windows throughout, is a beautiful space to show art thanks to its wide open spaces, high ceilings and the ample amounts of sunlight streaming through the windows.

I was lucky enough to visit for the first time on the opening day of Daniel Danger‘s show, If We Go, We Go Together.

This show opened November 2nd and runs until December 1. When arriving, there were already groupies waiting outside – loved that!

Daniel Danger’s description of himself is better than anything I could write:

“Daniel Danger is an illustrator and print-maker living in the woods of Massachusetts. The son of a middle school art teacher and a professional potter, he was probably never going to be an accountant. His explanation of his own work is borderline nonsense and involves overlapping timelines, references to SIERRA point n’ click adventure games, number stations in the desert oscillating whispered conversations, the death of ghosts at the hands of foliage, giant trauma shadow beings born of kidnapped children that drip wolf shadows, and 1920s children’s books.  He is the lost boy-king of Ghost Island, and a broken brain’d hoarder of vintage music gear, old toy ambulances, and bad hardcore records. Him and his wife have a dog named after noted character actor Toby Huss.”

Danger has an incredibly long resume and has worked with entertainment figures extensively, illustrating for films, television and album covers… hence (I would assume) the “groupies” waiting outside.

As for me, I am not surprised at all that his work is sought after: the the surrealistic, ornate graphic style in his screen prints make for a sublime viewing experience.

The landscapes he conjures up are surreal, with rich, saturated colors and crowded with detail. One can dive into an entire landscape in Danger’s works, each series a completely different universe from the next.

With the prints hung in close proximity, there’s a lot to enjoy in just this one part of the Sprinkler Factory… more on their other show to come, in addition to the many other offerings in the Worcester arts scene!